How can IT generate more profit for your business?

Pronetic: managing IT for you!

Pronetic provides IT support and IT managed services to businesses within 30 miles of Portsmouth and Chichester. We typically work with businesses with 5 to 75 computer users, providing the type of IT support that larger organisations take for granted.

Most things can be tackled remotely, but if you need us on site, we want to be there in minutes not hours.

Ensure the best return on your IT investment

Our values determine our decisions and how we act as a company. These help us to stand out from the crowd – in a positive way!

It’s strange how an apparently insignificant event can alter the course of life in such a big way. Sitting in the bar of the Havana Yacht Club in Cuba, sipping on free rum ‘n’ Coke, Andy Wilkinson had just sailed the Atlantic leg of the “Clipper Round the World Yacht Race” in November 2000. Stuck between crew mates saying “stay for another leg” and a wife countering with “what about a holiday with me and the kids” he was in a tricky, diplomatic corner. Happily and quite rightly the family won out as the rum wore off and the plan of a really long family holiday was hatched. This is the one where you sell the house, resign both jobs, pop down to the London Boat Show to pick up a yacht then sail off leaving a gloomy autumn day in Southsea for the delights on the other side of the Atlantic of a life cruising the Caribbean.

Corporate life in the I.T. world was soon to become a distant memory – no surprise there. Future plans of running yacht charters in Grenada seemed far more appealing.

Fast forward to a year later back in the UK; dinner with friends: “Andy, can you help us set up a new office – we need a server and other stuff?” It’s funny how a one-off project turned into a new career.

Andy’s view on I.T. as a career has changed: “Actually there is nothing wrong with working in I.T.; in fact take the corporate life out of the equation, throw in the satisfaction of solving real business problems for real customers and surprisingly it is a great place to work. While there are some great companies out there, so too are there a load that charge a lot but deliver very little. I am fired by the belief that it must be possible to provide reliable, well-managed I.T. service without having to pay “through the nose” for it.”

Get in touch today

Simply fill in the form and one of our experts will arrange your FREE security training today. 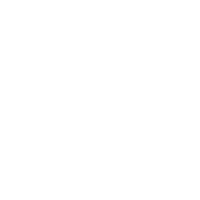 If within 90 days you are not delighted with our service then our no-quibble money-back
guarantee means we will refund your IT support subscription and cancel your contract.